The Shahab-2 is based on the North Korean Hwasong-5. It has a range of 500 Kilometers and a warhead weighing over 700 kilograms. 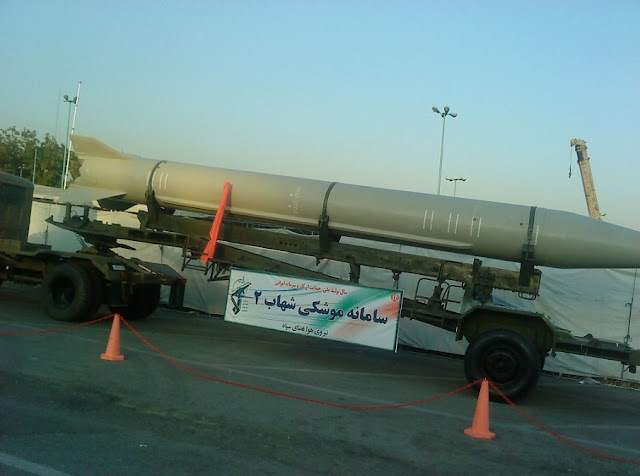 The Shahab-3 is a medium range ballistic missile. It has a range of 1,000-2,000 KM and a warhead size of 1,200 Kilograms or five smaller warheads, 280 Kg each. Due to its size it is potentially nuclear capable. This missile would be ideal for striking airbases due to its ability to have multiple warheads. Iran possesses at least 100 of these missiles.

The potential range of the Shahab-3. 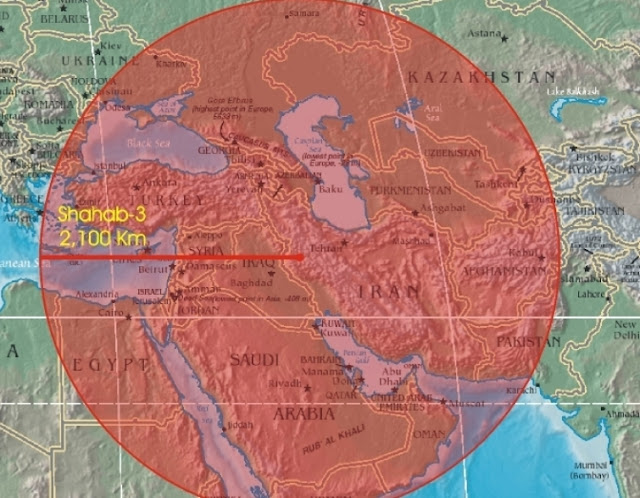 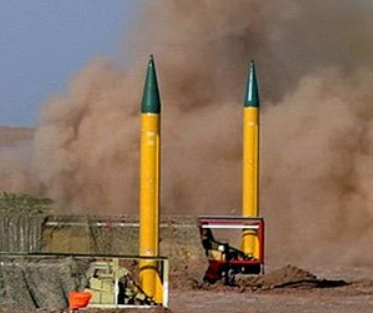 Ghadr-110
The Ghadr-110 is basically an improved Shahab-3. It has a range of 1,800 to 2,000 Kilometers. Its warhead size is unclear but it is believed to be large enough to carry nuclear weapons. The Ghadr-110's set up time to launch is much faster than the Shahab-3. 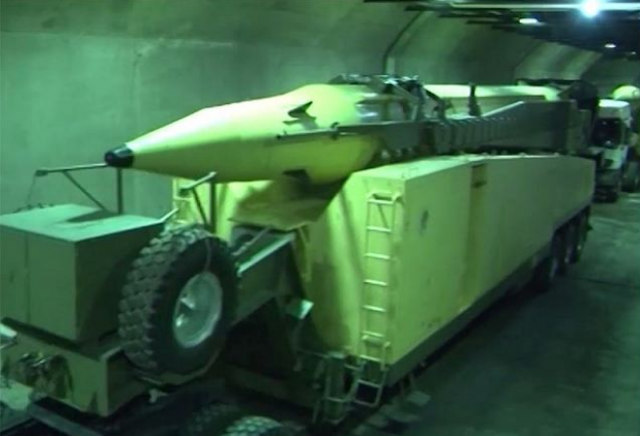 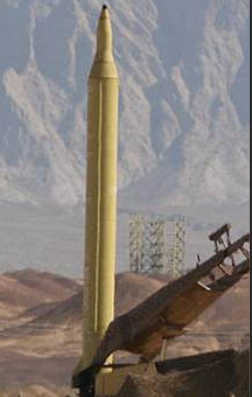 The Sejjil series of ballistic missiles have a range of 2,000-2,500 kilometers and a warhead size of 500-1,500 kilograms between the Sejjil 1-2. The Sejjil-3 is reportedly in development with a range of 4,000 kilometers. 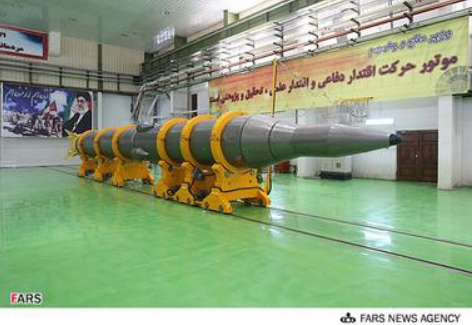 Emad
The Emad is an improved Shahab-3 with a range of 2,000 kilometers and a warhead weighing 750 kilograms. It has a 10 meter CEP, making it the most accurate medium to intermediate range ballistic missile Iran possesses. 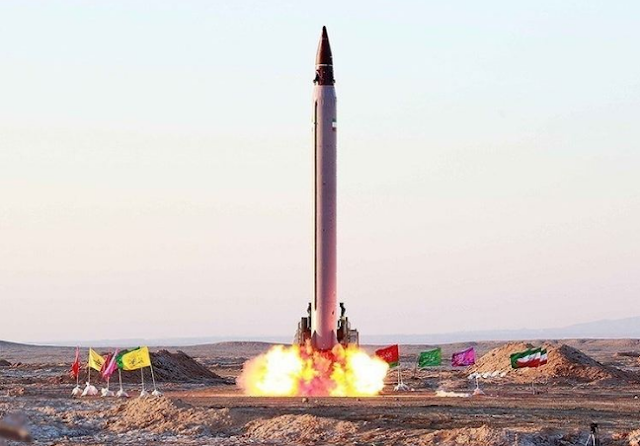 Khorramshahr
The Khorramshahr is large missile based on the North Korean Hwasong-10, though it is somewhat shorter than the North Korean missile. It has a range of 2,000 kilometers and a warhead weight of 1,800 kilograms. Due to its size it is nuclear capable, possibly even able to carry multiple warheads. 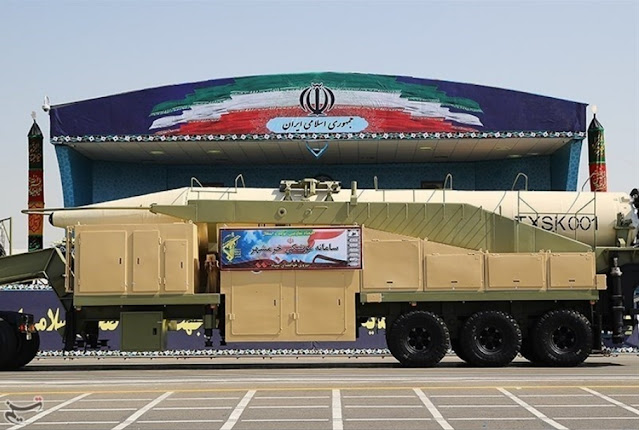 Dezful
The Dezful missile has a range of 1,000 kilometers with an unknown warhead weight. It was unveiled in 2019. It is fairly accurate with a CEP of 50 meters. 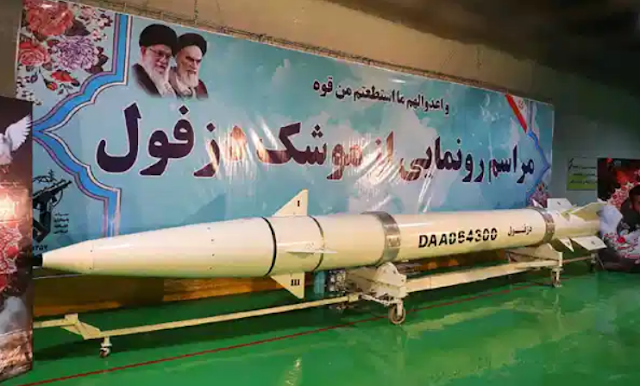 Zolfaghar
This missile was used to target ISIS in Deir Ezzor in 2017. Six missiles were launched on ISIS positions in response to a terror attack in Tehran. It has a range of 700 kilometers and a 100 meter CEP. 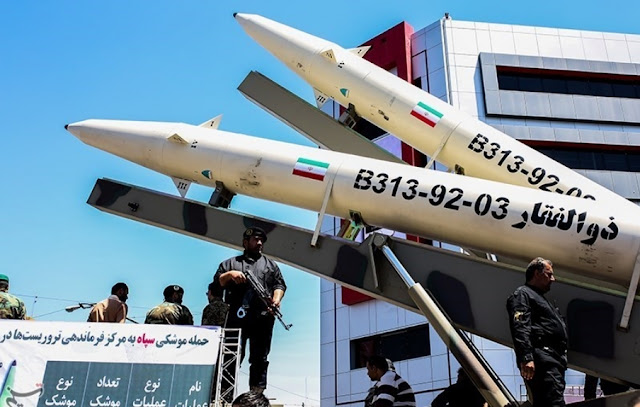 Fateh-313
This missile was used in the attack on Al-Asad air base in retaliation for the assassination of Qassem Soleimani. It has a range of 500 kilometers. It was proven to be incredibly accurate, targeting sites in the base with extreme precision. As a result over 100 US troops suffered traumatic brain injury from the shockwaves from the missiles. 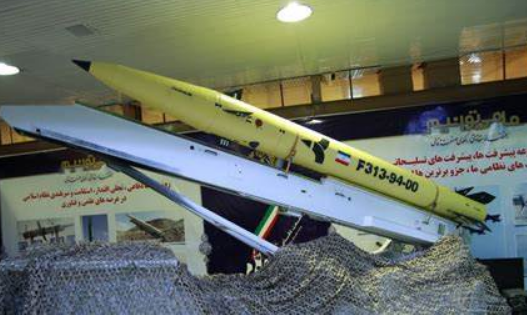 Areas of al-Asad base that were targeted. 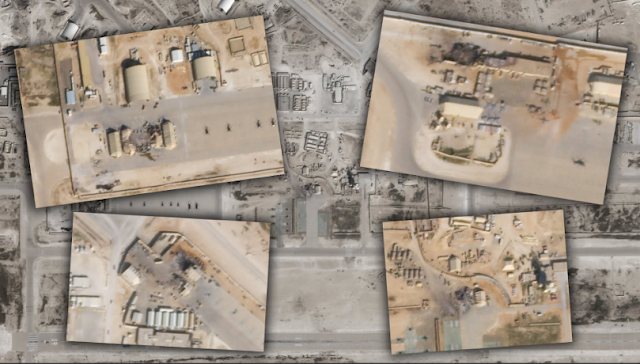 While not a ballistic missile, The Hoveyzeh cruise missile is one of Iran's most capable weapons, with a range of 1,300 kilometers and an accuracy of within an incredible 1 meter. This weapon can accurately target Saudi oil facilities and Israeli airbases and nuclear sites if it came down to it. It is incredibly difficult to shoot down due to its low flight altitude. 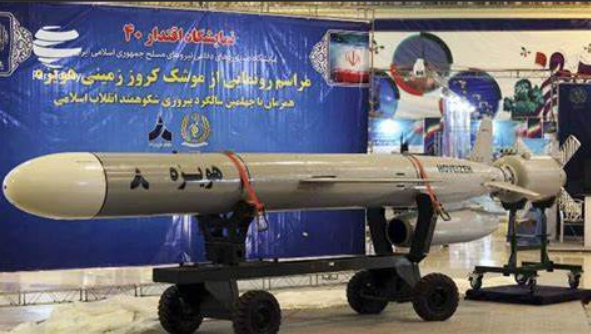 Iran has a powerful deterrent with its missile arsenal even without nuclear weapons. If Iran were attacked it could quite quickly and accurately target US bases, Saudi and Gulf oil production and even Israeli nuclear sites and air bases. Saudi oils sites have already been targeted with the Quds cruise missile launched from Yemen, the Fateh-313 accurately targeted the US al-Asad base, and the Zolfaghar targeted ISIS in Deir Ezzor. Iran has proven its missiles in combat and it is unlikely any regional power or even superpower would launch a conventional attack on Iran.
Posted by Jason Jones at 10:26 AM