Could The Gaza Strip Blockade Be Broken?

The Gaza Strip has been under a blockade by Israel since 2007. This has made it extremely hard for militant groups in the Strip to get weapons. Recent developments have made the blockade even more severe. Egypt has created a buffer zone along its border with the Gaza Strip and flooded much of the area with canals leading to the ocean. This action has destroyed the majority of the tunnels used to smuggle not only weapons, but goods into Gaza.

Confiscated rockets that were destined for the Gaza Strip. 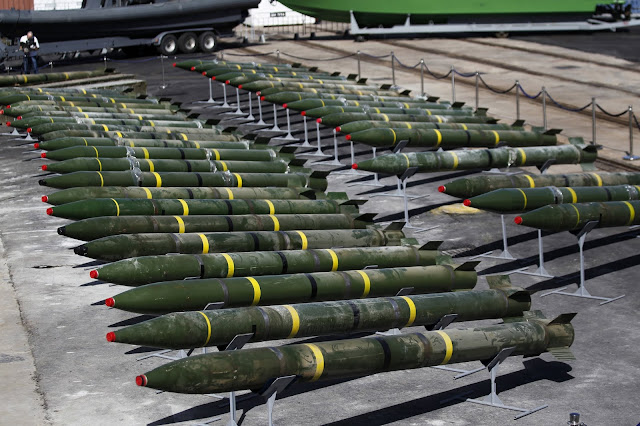 The most recent actions by Egypt has made smuggling via tunnel incredibly difficult. There is now a 5 kilometer buffer zone around the Egyptian border with the Gaza Strip, and tunnels are flooded with sea water. According to a recent New York Times article, only 20 smuggling tunnels remained. That number has likely diminished. The article stated that tunnel builders were digging up to 160 feet deep in hopes the tunnels would not flood. It is unclear if this would be deep enough to avoid being flooded by Egypt's canal. The canal only extends to Rafah, if tunnel builders moved South toward Israel, the ground may not flood.

Razed buildings along the border with the Gaza strip to prevent tunnel openings. 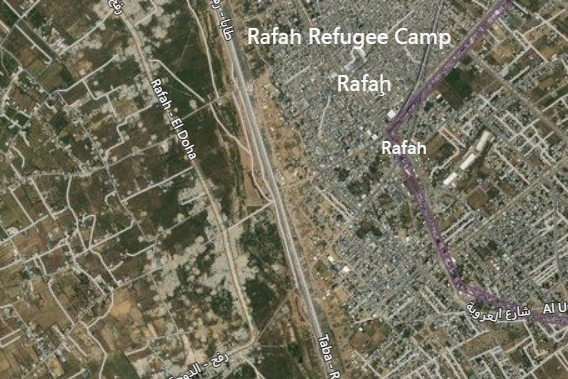 How could Gaza overcome this blockade? There are several potential options. The first option is longer and deeper tunnels into Egypt. Tunnels 200 feet deep or more and over 5 kilometers long would now be needed to avoid the buffer zone and flooding. 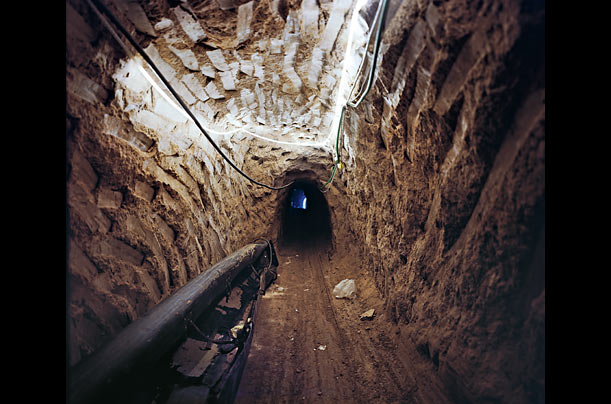 Tunnels could also be built through a small section of Israel and then into Egypt past the buffer zone and canal. This would bypass the threat of flooding. 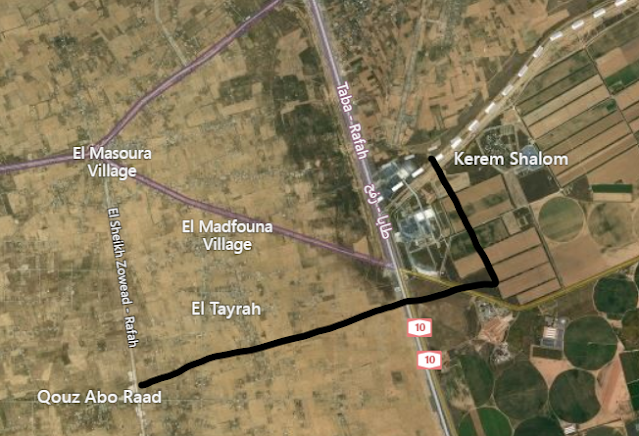 Another option for smuggling items into the Gaza strip are powered hang gliders. These are small and fly low a slowly to avoid radar. These aircraft could land on the beach of the Gaza Strip under the cover of darkness. Small weapons like ATGMs, rifles, mortar rounds and RPGs would be able to be smuggled in by these aircraft. 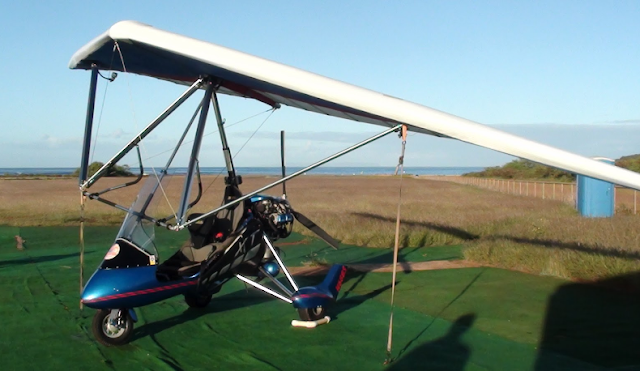 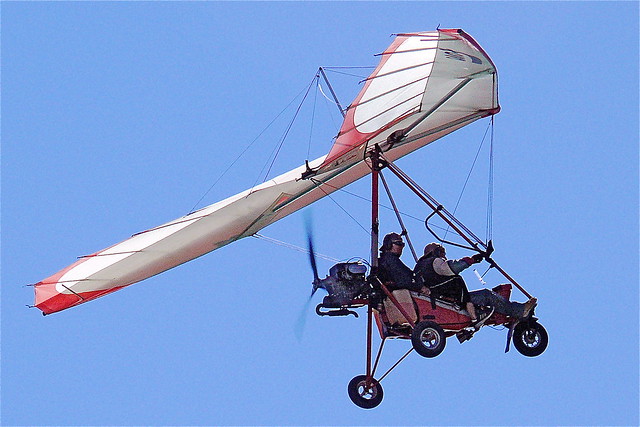 Rockets could be produced in Egypt for the purpose of launching weapons into Gaza. It would be a short range rocket with a warhead built to house supplies. It could have cushion for the impact or a parachute. For a cushion design, only durable weapons like rifle ammo and RPGs could be launched. If the rocket was equipped with a parachute, more sensitive weapons like ATGMs could be delivered. 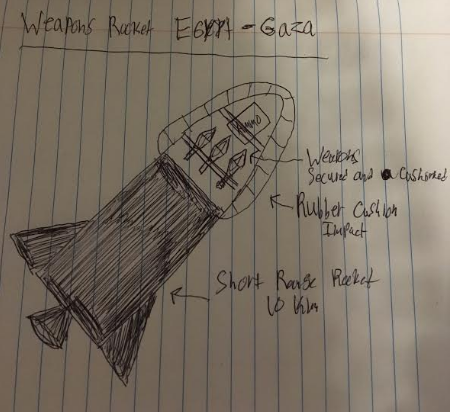 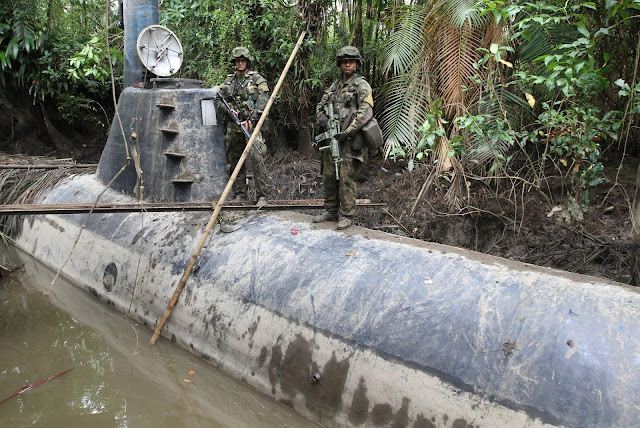 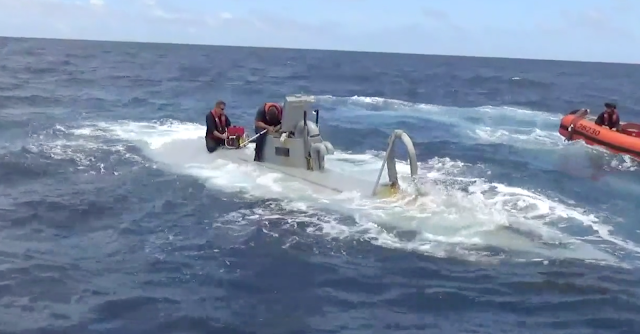 Diagram of a narco submarine. 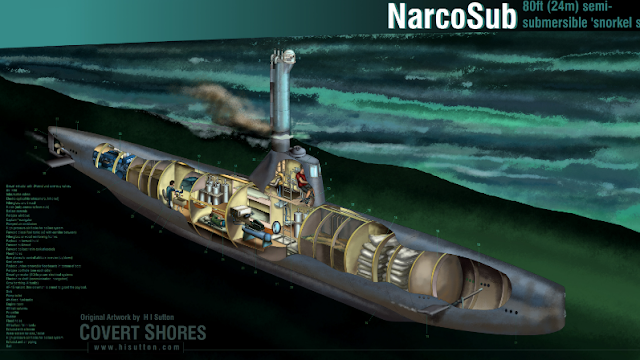 Designs of submarines based on small fishing boats readily available in Egypt. The depth would be preset and controlled by sandbags or concrete blocks prior to launch. The engine would have to be above water to simplify the design and allow air into it. Designs of semi and fully submersible craft below. 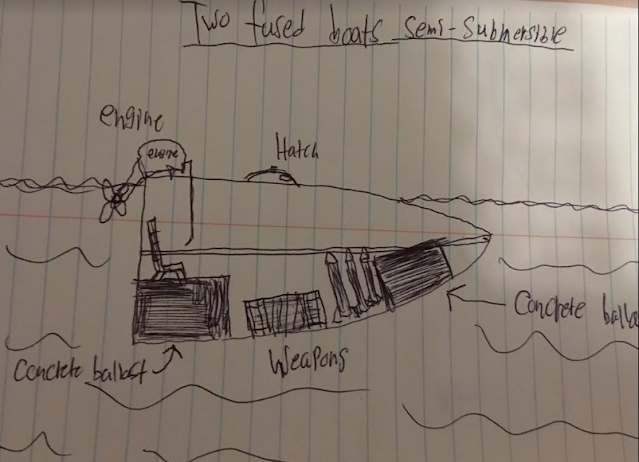 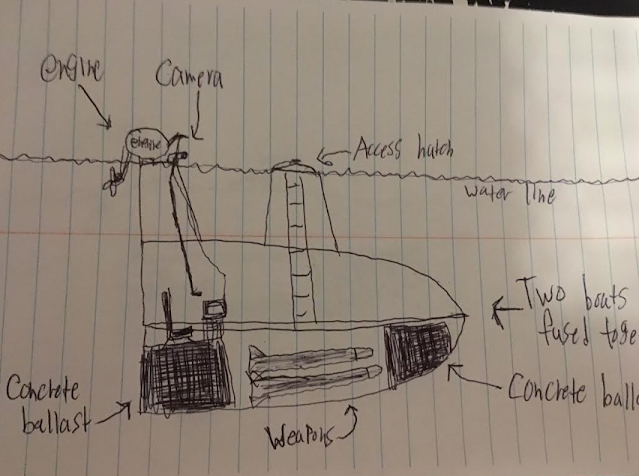 A similar option is an unmanned "torpedo" submarine used to smuggle items in. This is also used by cartels in Latin America much like the narco submarines. This torpedo would be loaded with weapons and launched in Gaza's direction by sea to be picked up. It would have a radio transmitter to relay its position once it surfaced. Many might run aground on the journey from Egypt to Gaza, but many would make it. 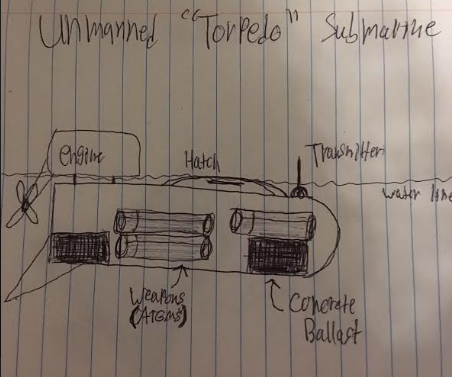 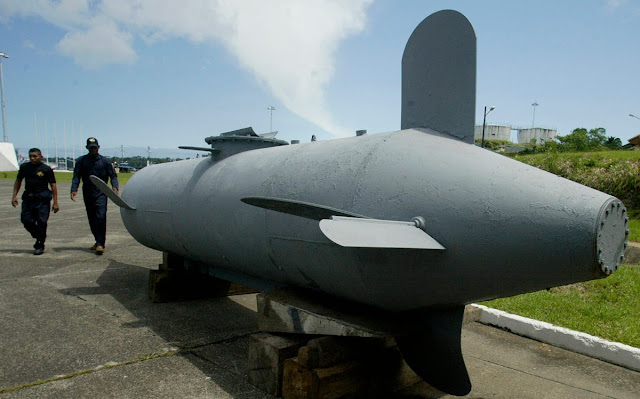 A novel idea is to use a land vehicle like a bulldozer and turn it into a "submarine" by enclosing it with fiberglass and giving it a snorkel. Snorkels are needed by the engine for air. Tanks use similar snorkels to ford rivers. The bulldozer could roll along the shallow seafloor and emerge on land with its cargo. 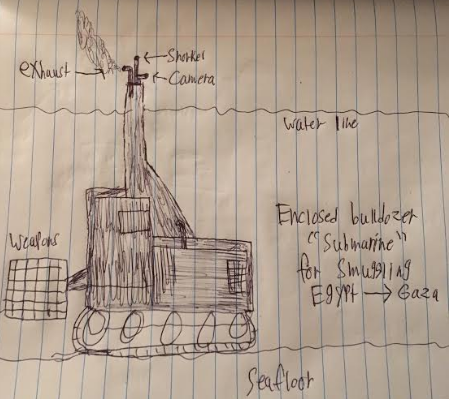 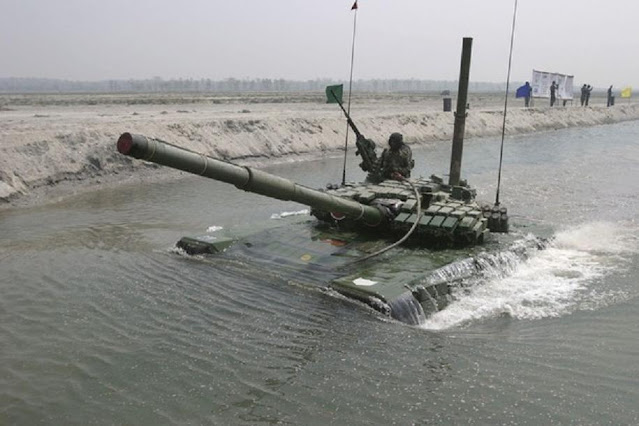 A small port area near Qabr Omair, about 30 kilometers from Gaza, could be the launching point for submarines and torpedos. 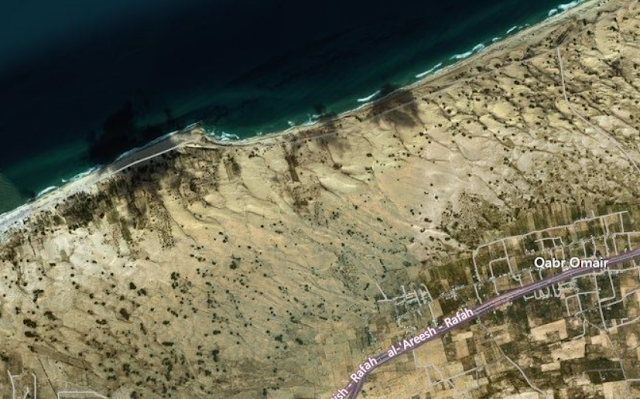 The Subs could be constructed in the brush. 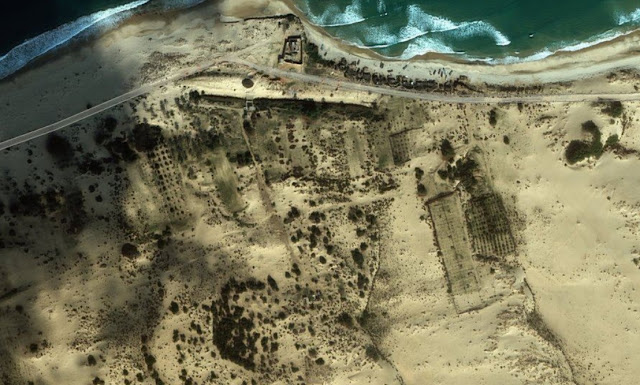 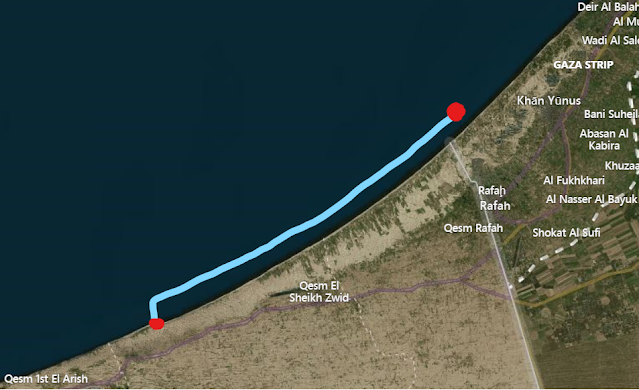 Divers could also be used to infiltrate into Egypt, pick up small weapons like ATGMs and RPGs, and then swim back into the Gaza Strip undetected. 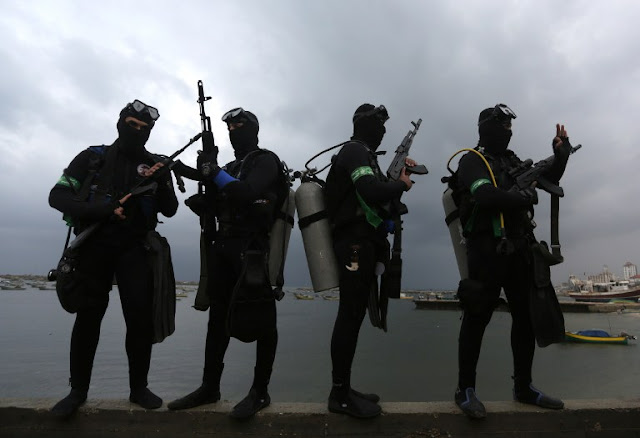 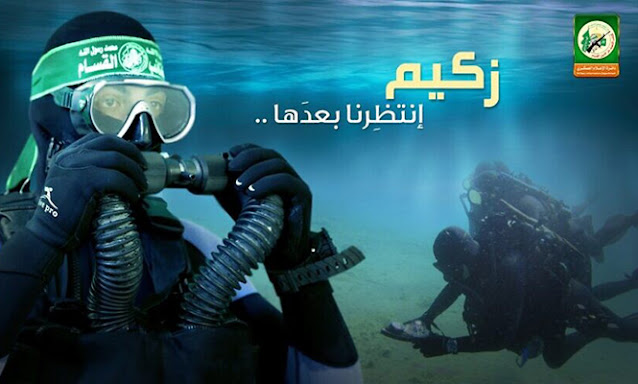 Drones could be used to fly small items in as well. This is a desperate option as these commercially available drones could not carry much weight. Possibly a single RPG round, small mortar round(s), grenades or rifle ammunition.

Drones that could be used to carry small items into the Gaza Strip. 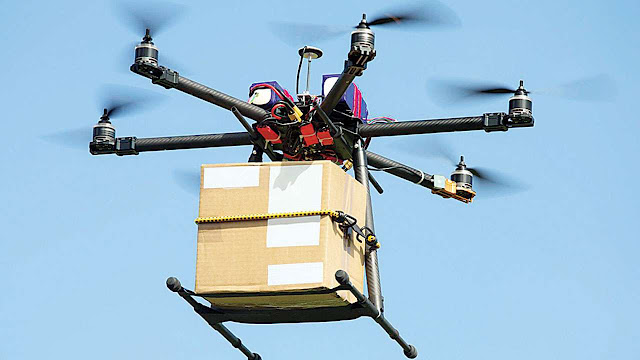 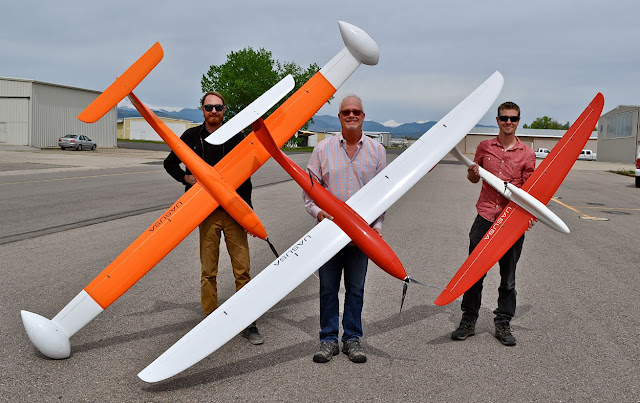 DIY drones used by rebels in Syria. A drone like this could carry rifle ammo, a single RPG round or small mortar rounds. 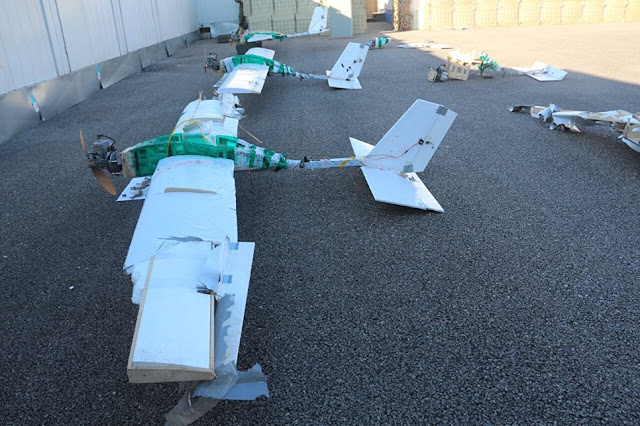 With these methods it is possible for smuggling to resume full pace in the Gaza Strip. Thinking outside the box, there are many options for getting around a blockade.